Home Objects A jacquard loom made in 1845 by Thomas Wilkinson, a Coventry loom maker.

A jacquard loom made in 1845 by Thomas Wilkinson, a Coventry loom maker. 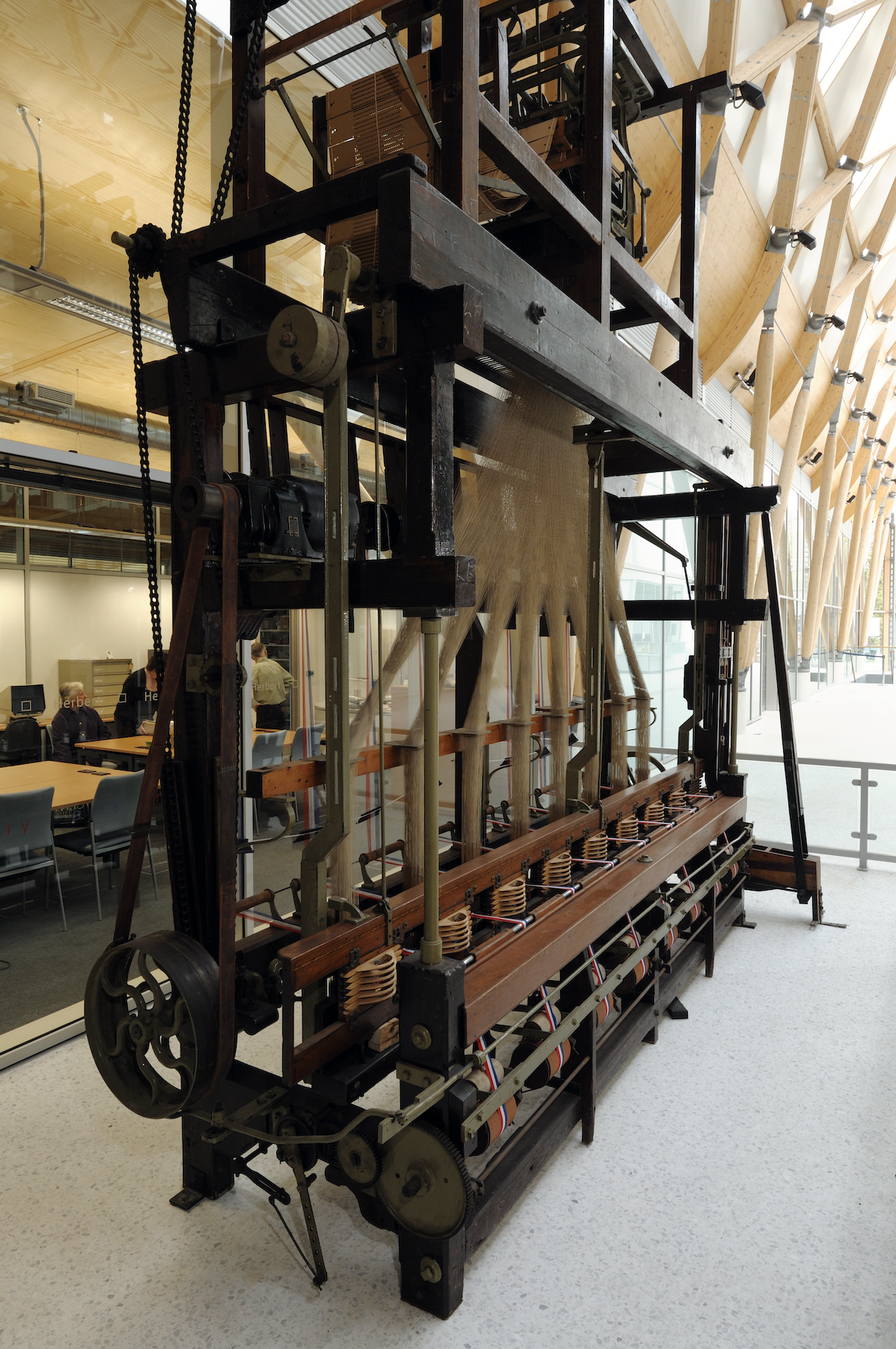 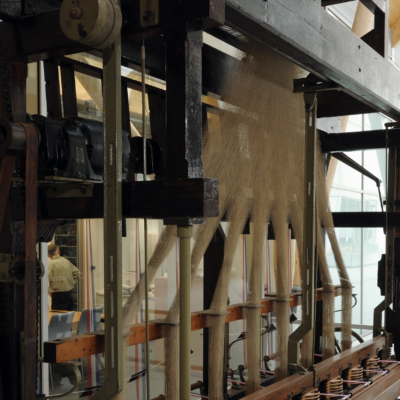 This 8-space jacquard loom was made in 1845 by Thomas Wilkinson, a Coventry loom maker. The jacquard mechanism was made by DeVoge, of Manchester. It was originally powered by steam but later converted to electric power. The loom was used at William Franklin and Son, Much Park Street, in Coventry until the 1960s.