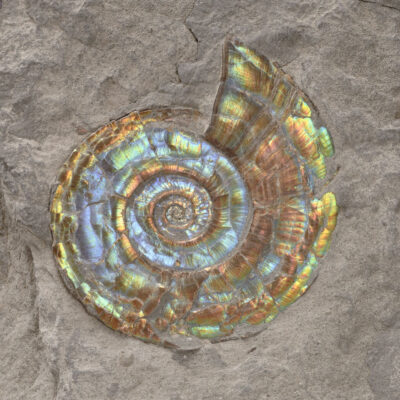 This ammonite is on display at The Herbert Museum in the Elements gallery. Ammonoids are a group of extinct marine mollusc animals of the class Cephalopoda. They typically hail from the Jurassic and Cretaceous periods and can serve as excellent index fossils – linking the rock layer in which a certain species is found to a specific geological epoch.

Taking the advice of Philip Henry Gosse’s A Naturalist’s Rambles on the Devonshire Coast, Eliot and her partner, George Henry Lewes, set off in 1856 for Devon to practice natural history along the shoreline. During this time, Eliot honed her increasingly precise naturalist’s eye: observing and taxonomizing those she met as surely as she did her specimens.