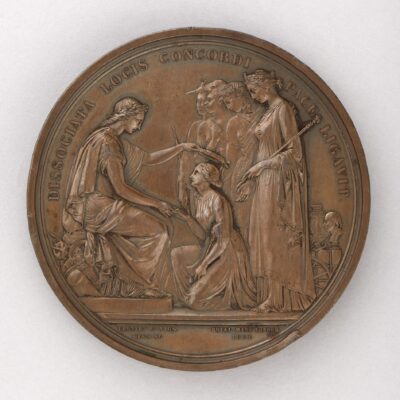 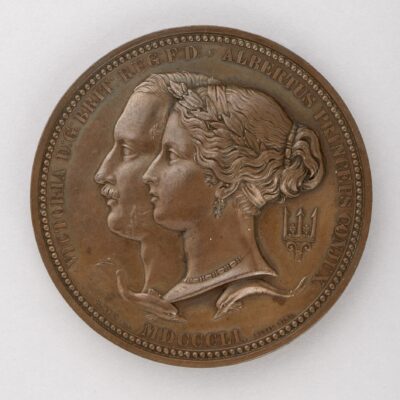 The project was driven forward by ribbon manufacturer Charles Bray, a close friend of George Eliot. The brief to design a ribbon for the Great Exhibition was given to the Coventry School of Design. It was designed by 20-year-old pupil Thomas Clack and woven by Thomas Robinson on a Jacquard mechanism mounted on a single hand loom. This was an unusual mechanical combination created to accommodate the complexity of design and width of the ribbon. The pattern required more than 10,000 cards and nine shuttles with various coloured silks being used.

In the Great Exhibition the ribbon was  awarded a prize medal ‘for a ribbon exhibiting much taste and skill in its production’. The Juries awarded prize medals ‘Wherever a certain standard in excellence production or workmanship had been attained- utility, beauty, cheapness, adaptation to particular markets, and other areas of merit’. The prize medals were struck in bronze, the metal considered most appropriate for the development of superior skill and ingenuity in medallic art.

George Eliot would have been aware of the hardships faced by weavers. She would have known poor weavers as part of her charitable works for Lady Newdegate, of Arbury Hall. Her novel Silas Marner, published in 1861, tells the story of a weaver and describes the long hours of detailed work. In addition to her personal experiences, Eliot read newspaper articles and Official Reports to ensure that books like Felix Holt and Middlemarch, which described working life, were accurate.

The purchase of this medal was possible due to the kind support from Arts Council England and V&A Purchase Grant Fund.