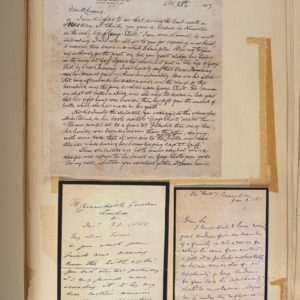 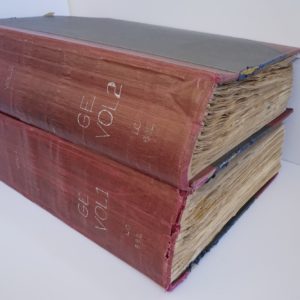 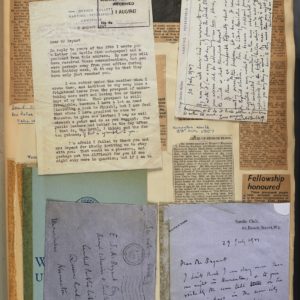 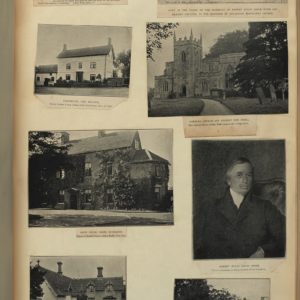 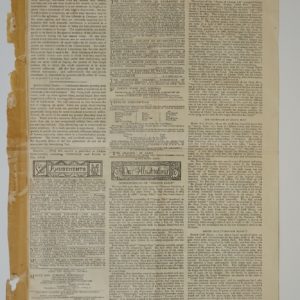 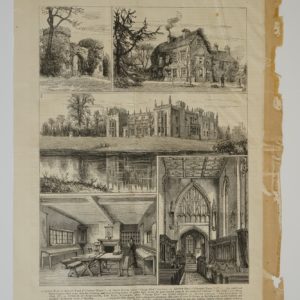 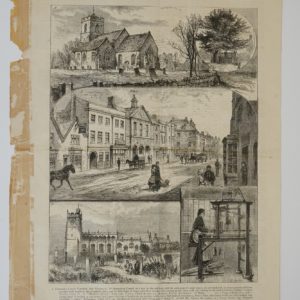 Dating from the 1950s these scrapbooks show how Eliot has been remembered since her death. They contain a wide range of items that staff felt were worth preserving, including newspaper cuttings, leaflets, letters, photographs and other items about anniversaries and events locally and nationally.

Scrapbooks were very popular in Victorian times and are similar in style to a modern Pinterest board. They allow the reader to find things of interest to them, to stop and pause, to read or move on.

Libraries and archives no longer create scrapbooks, as individual items are easier to care for when stored separately.

This article about Eliot is from the Graphic newspaper, a national weekly newspaper popular in the 1800s. It gives an overview of Eliot’s life and work, with beautiful engravings of the places associated with Eliot in Nuneaton. This edited extract contains a reference to her appearance, an observation which would not have occurred if she had been a man. The negative aspects have been removed to show the positive aspects of her personality ‘In every line of her face there was power…but for the extreme graciousness of her smile. Her voice was exquisitely melodious, but not often raised above a whisper…an extraordinary delicacy pervaded her whole being’. (page 29)

Find out more about these scrapbooks in this short film.