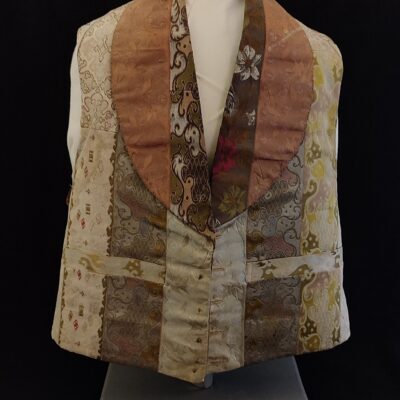 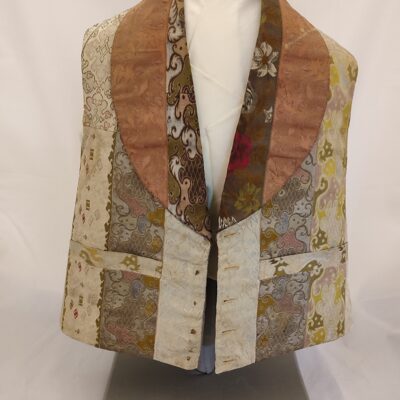 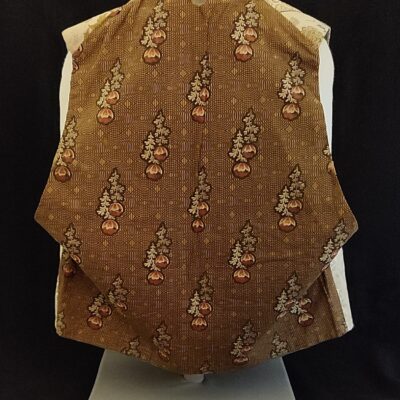 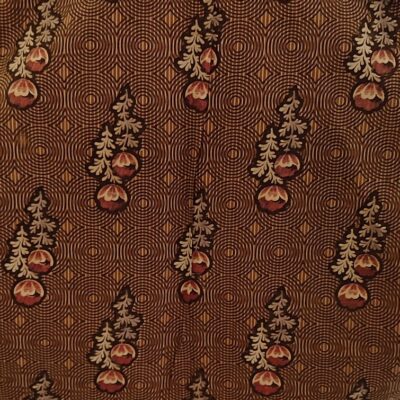 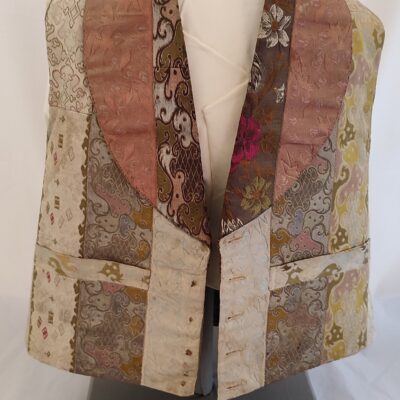 This waistcoat is made from strips of ribbon of different design and pattern. The silk ribbon weaving industry was an important one in Nuneaton during Eliot’s lifetime.  Ribbons were used to decorate clothes, uniforms and furnishings.  This waistcoat was made for Mr Abraham James Merry, licencee of the Wheat Sheaf public house in Nuneaton.

Ribbon weaving was not a well paid profession with pay being based on the number of ribbons produced. George Eliot would have been aware of the hardships faced by weavers. She would have known poor weavers as part of her charitable works for Lady Newdegate, of Arbury Hall. Her novel Silas Marner, published in 1861, tells the story of a weaver and describes the long hours of detailed work. In addition to her personal experiences, Eliot read newspaper articles and Official Reports to ensure that books like Felix Holt and Middlemarch, which described working life, were accurate.