Serialisation of Romola by George Eliot 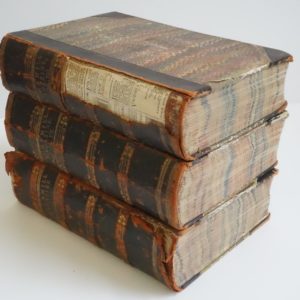 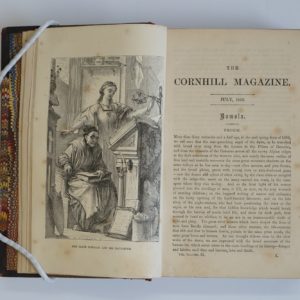 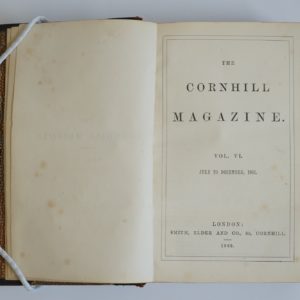 Romola is one of Eliot’s lesser-known stories set in fifteenth century Florence. Her novels had previously been published complete by Blackwood and Sons, but Eliot was offered £10,000 (approximately £1 million today) and illustrations by Sir Frederick Leighton, a well-known Victorian artist, for publication in Cornhill Magazine.

Writing for magazines required a different method to ensure readers were enticed to buy the next instalment. Costing the equivalent of £3 today, magazines were cheaper than books creating a wider readership.

The damaged spine shows recycled newspaper in the binding.

Romola includes themes of love and friendship against the backdrop of the Italian Renaissance and political and religious turmoil. Victorian critics described it as being too historical and the language literal rather than colloquial, a strength admired in Eliot’s other novels.