George Eliot’s father, Robert Evans, was born in Derbyshire. He ran his own carpentry business and worked for local landowner Frances Parker. Parker inherited the Arbury estate in Nuneaton in 1806 becoming Francis Newdigate. He took Robert Evans with him to manage the 7000 acre estate. 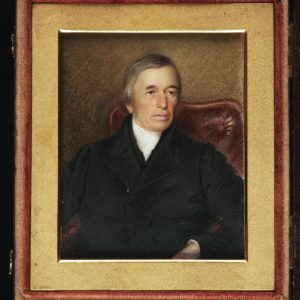 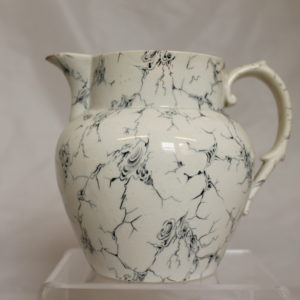 In this role Robert surveyed land and buildings. He managed the tenant farmers and collected rents. He was also involved in negotiations with road-builders and coal-mining businesses in the area. He took a young George Eliot with him on his rounds of the estate. On visits to Arbury Hall she would sit with the housekeeper listening to the servants’ stories. She did the same when Robert went to nearby Astley Castle to see Colonel Newdigate, the son of his employer.

As a young woman Eliot moved with Robert to Coventry after his retirement in 1840. During this time Eliot met new people and encountered new ideas. Her views on religion changed and at one point she refused to attend church. This caused what she called her ‘holy war’ with her father. Despite these disagreements she cared for him when he became ill. He died in 1849 and is buried in Chilver Coton Churchyard with Eliot’s mother, Christiana.

Several characters in Eliot’s novels are in some way based on her father, including Adam Bede and Caleb Garth in Middlemarch.

Nuneaton Museum & Art Gallery has two of Robert Evans’ diaries. The transcripts of his diary from 1830 can be read here. Through his entries an image of an energetic man with an eye for business emerges. His work, particularly in building new roads, helped to contribute to the development of Nuneaton.