In 1872 George Eliot fan Elma Stuart started writing to her. This began a close friendship which lasted until Eliot’s death in 1880. They called each other ‘mother’ and ‘daughter’ and are buried next to each other in Highgate Cemetery. As well as exchanging letters, Stuart sent several gifts to Eliot. Stuart who lived in Dinan in France was a talented carver and made a table and writing board for Eliot.

On 12 January 1878 Eliot wrote to thank Stuart:
‘I am at this moment writing on the really beautiful writing-board. It is not too heavy, because I rest it on the elbows of my chair, and the graining and colour, as well as the art spent on it, are soothing to my outward and inward sense.’

Knee writing board made by Elma Stuart for George Eliot 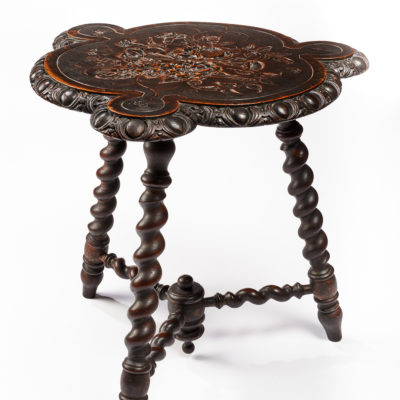 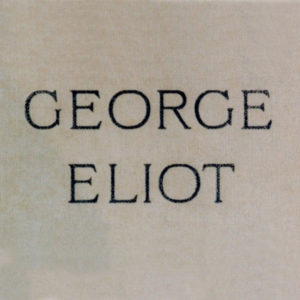 Although her birth name was Mary Anne Evans, George Eliot was known by many different names during her lifetime. Discover why she wrote under the name, George Eliot.