At eight years old George Eliot was sent to The Elms boarding school in Nuneaton, run by Mrs Wallington. One of her teachers was Miss Maria Lewis. She was one of the first people to recognise Eliot’s intellect. She had an important impact on a young Eliot. Lewis was deeply religious and Eliot developed a greater interest and belief in Christianity. This is revealed in her music book showing her musical taste as a young woman. Eliot and Lewis had a close friendship for fourteen years. 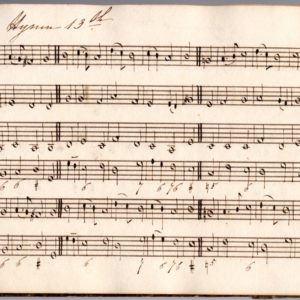 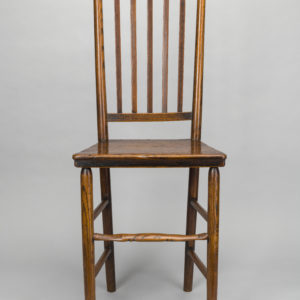 Chair from the Elms school which Eliot attended